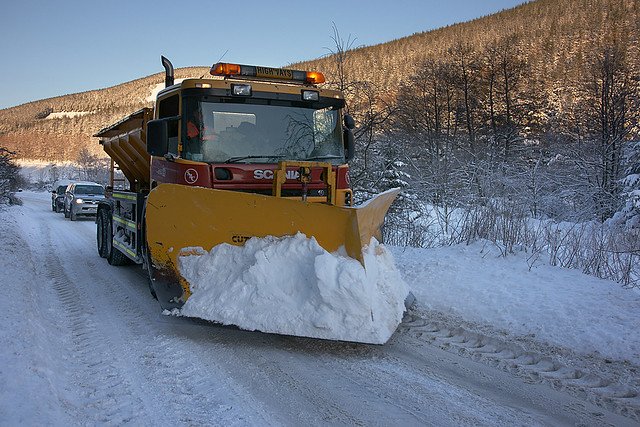 Using Public Maps as a winter maintenance solution, the city of Edmundston was able to significantly improve the quality of life for its citizens. Leveraging Public Maps, the city was able to improve the mobility capabilities and freedoms during this harsh winter season, where they experienced as much as 30 cm snowfall. Citizens were able to view which roads were plowed, when the roads were plowed and the exact live location of the plows are, all for free!

The city of Edmundston population is 16580, but with over 2500+ cite visits during snow events, the city found the software to be very effective and engaging.

Elder Citizens were able to walk to local grocery stores, knowing that their path was clear and free of potential snow hazards. Commuters were able to plan their days easily, utilizing the live map view of which roads were serviced. Homeowners were able to see when a plow was coming down their neighborhood road and plan according when to shovel their driveway, avoiding the pains of double shoveling due to large snow deposits left by snow plows.

The city of Edmundston leverages Public Maps to improve the effectiveness of its winter operations, as well as transparency and communication with citizens. The live link sharing is useful for the city’s Foreperson as they can see exactly where their workforce has plowed and the fleet’s current locations, allowing for greater productivity. The public can also see this information and make the appropriate arrangements. A feature that is particularly useful to the city is the ability to view a map from multiple perspectives. One map view focuses on displaying information relating to plowed roads, while the second map focuses on serviced sidewalks, in the city. Allowing citizens to easily see which exact surfaces were plowed and plan their day accordingly. This helped pedestrians avoid routes that were too difficult to walk in. The city’s Forman can view exactly where their workforce has plowed, and where they currently are, allowing for increased productivity.

There was a large number of complaints from citizens who were shoveling their driveways only to have a snow plow come by and leave a large deposit of snow at the end of their driveway. Additionally, not knowing when and which roads and sidewalks were serviced caused a large mobility issue. This was occurring due to a lack of communication from the city to the citizens on which roads were plowed and where the plows were. The lack of transparency caused concern among the Public as to whether the city was meeting the required winter compliance standards needed.

After implementing Public Maps citizen complaints have drastically reduced. Citizens appreciate being able to plan when to shovel their driveways and know which roads and sidewalks have been cleared. The elderly especially like being able to know which sidewalks are safer to use.

To easily view and track which roads and sidewalks are serviced, and when they were serviced, in addition to plows’ current location. Furthermore, citizens were happy, due to Public Maps they were able to plan when to shovel their driveways. As homeowners can wait until the plows serviced their road, to avoid having to shovel twice, and remove a large amount of snow left at the end of their driveway due to the large plows leaving snow on the end of their driveways.

Citizens who walked loved Public Maps, as they were able to clearly see which sidewalks were plowed and when they were plowed. Allowing them to be able to go about their daily activities without delays, elders loved this feature. This feature helped reduce the mobility constraints that citizens who walked faced, drastically reducing the pains and issues that large snowfall and accumulation create to citizens.

The Foreperson “loves” the Public Maps as they were able to have a clear understanding and view of the progress of their winter maintenance operation. In addition, with Public Maps capability to be mobile friendly, they were able to check and track their plows, while being in-field, without the need for large laptops. Allowing them to be very mobile and effective.

The Snow Plow operators have a live map view of which roads have been plowed by their colleagues, as well as their live locations simply by checking their mobile devices; improving productivity through clear communication.

On the first day of publication by the City of Edmundston the page had over 1000 hits, with a city population of 16000 citizens. With over 2500 hits per day, during a snow event.

Testimonial or Quotes from Customer

‘’ The citizens generally want to know at what moment the snow plowing operations in their neighborhood will occur, to ease their efforts when plowing their driveways with good timing by avoiding to get fresh street snow in their freshly cleaned driveway’’ – Mayor of Edmundston, Cyrille Simard

‘’ It is a simple tool, that contains good real-time information that will be useful to our citizens, our own operations and the contractors that are doing private driveway snow plowing’’ – Gary Cyr Roads coordinator, City of Edmundston

Where’s the snowplow? Edmundston makes it easy to know 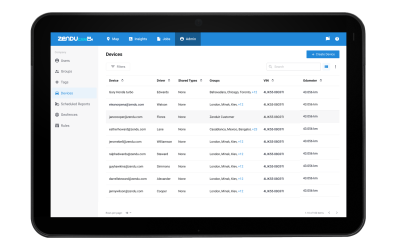 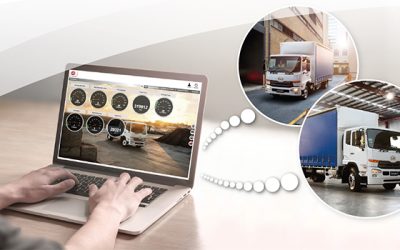 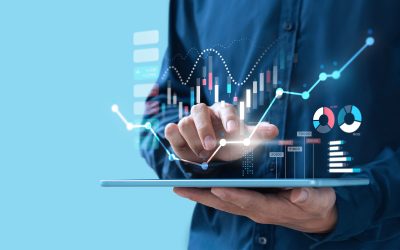